Practicing the sweet science is notoriously lonely, but some Haymakers for Hope fighters are finding unlikely friendships in the ring.

Two fighters out of Grealish Gym, Jenna Taylor and Claudia Rosenblatt, have seen the power of a strong training partner firsthand. The two women met when they both signed up to fight in the 2018 Belles of the Brawl Fight Night in Boston.

“I don’t know how I would do this without her,” Jenna said of Claudia. “She keeps me sane. We’re always at the gym together, I’ve never trained without her.” Claudia agrees. “You really learn a lot about a person going through this thing together. Anytime we get discouraged or have questions, it’s nice to have a sounding board, someone going through the same struggles.” 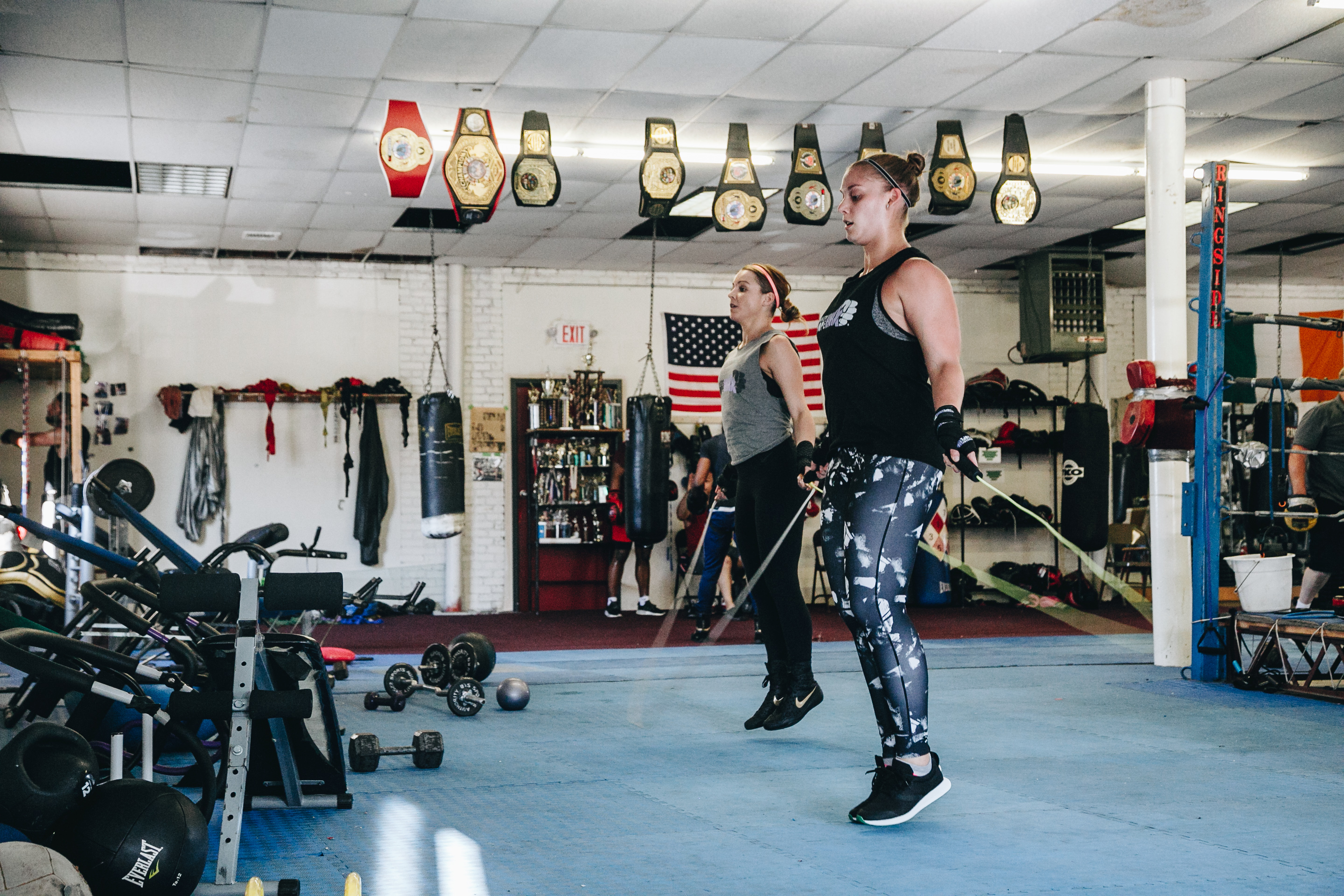 The months leading up to Fight Night haven’t been all struggle, though. Claudia and Jenna’s tales of training are overwhelmingly positive and when they’re not finishing each other’s sentences, they’re giggling over their shared gym capers. But don’t be fooled; Jenna and Claudia aren’t laughing their way to fight night. Their training is intense and they each have a front row seat to the others’ determination to win.

Claudia said, “I’m terrified of Jenna’s punches. She always comes in ready to go. She’s fierce with her fighting, she has an edge and an attitude. It helps her with intimidation.”

Jenna’s equally inspired by her teammate’s work ethic. “She’ll stand there and shadowbox when everyone else is chatting. Everyday she learns something, absorbs it, and brings it with her the next day. I’m scared to get in the ring with her. In the beginning, we were same level, but now we really spar.” 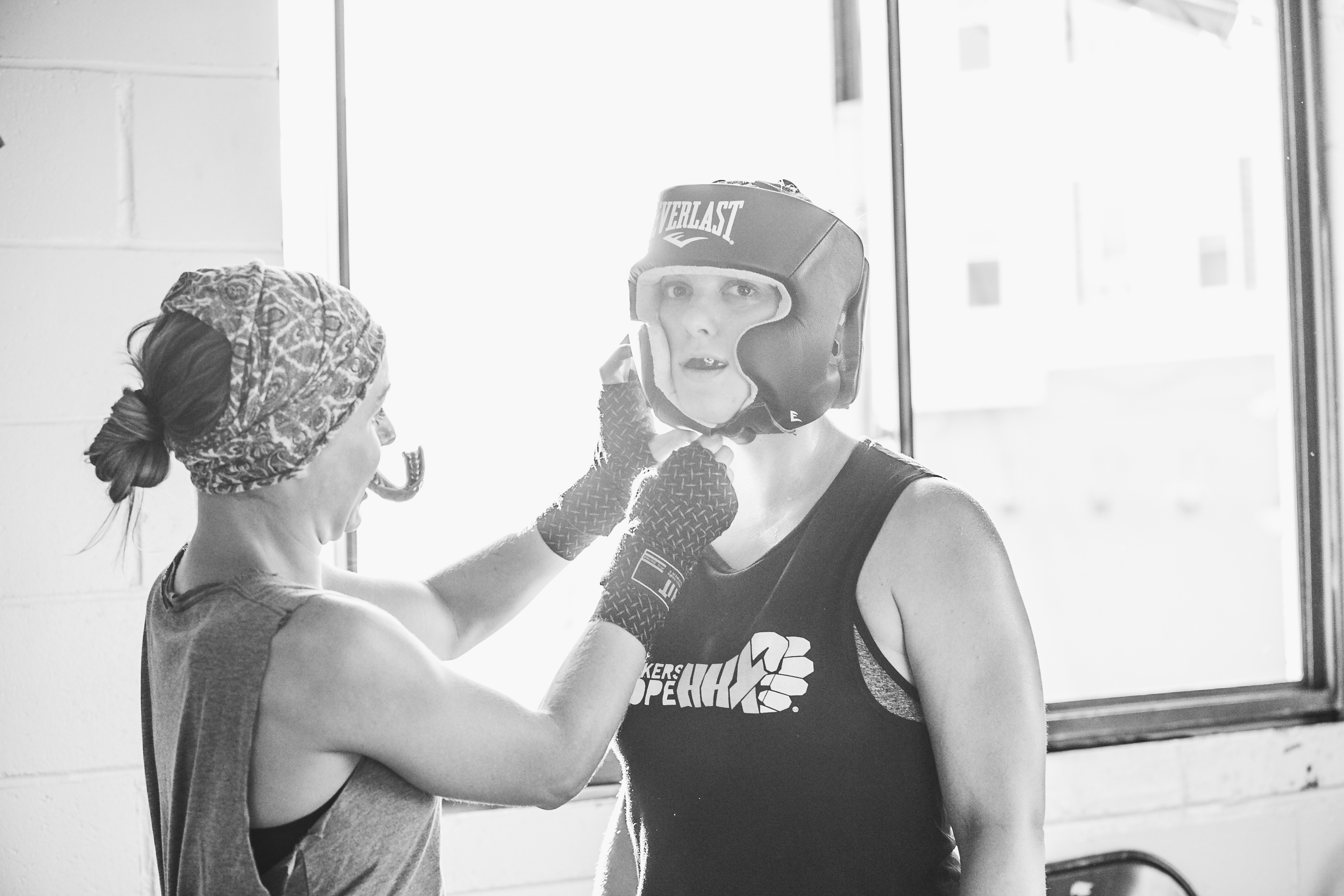 As Fight Night approaches, both fighters speak with gratitude about having a partner along for the ride. “It’s a totally different type of friendship you form,” Claudia points out. “You can’t describe it to other people, they don’t understand unless they’ve been through it.”

In the last few, intense training weeks, they’re both appreciative of a training partner who keeps them accountable to train, even on long, tiring days when they’d rather head home for a drink… Not that they’re hitting the pints right now. The girls agreed to lay off the alcohol during the last few weeks of training before the fight, and true to form, they’re doing it side by side. Jenna summed up their booze pact, but it seems relevant to their friendship, too: “If we go down, we’re going down together.” 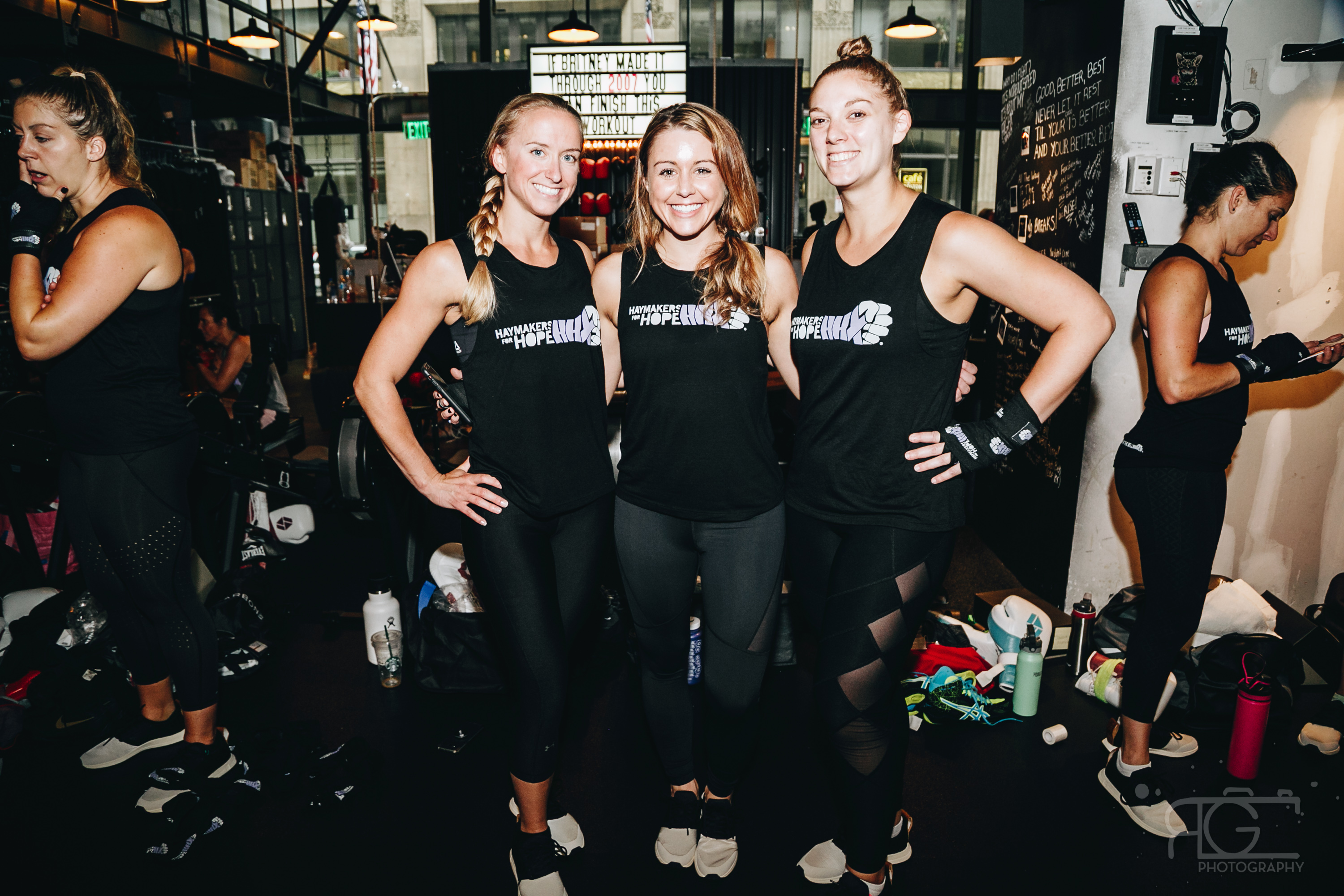